Stripling cut her teeth shooting weddings on the beach. “In Florida, you either overexpose or you run for the shade, but there is no shade on the beach at one o’clock in the afternoon,” she explains. “Florida has one season: summer. You’re shooting under this beam of horrific, harsh light. Everyone there was washing out images and overexposing the sky. I didn’t like how it looked. Instead of trying to fight against all the harsh light, why don’t I try to use it? What can I do to make my work look different from every other photographer?

When I was a theater student, I was always drawn to lighting, especially the more dramatic lighting. The more weddings I shot, the more I realized it was exactly like stage lighting. I used it as an element in my images, instead of trying to eradicate it. This helped me develop the relationship of how I like to use light versus how I like to use shadow.” 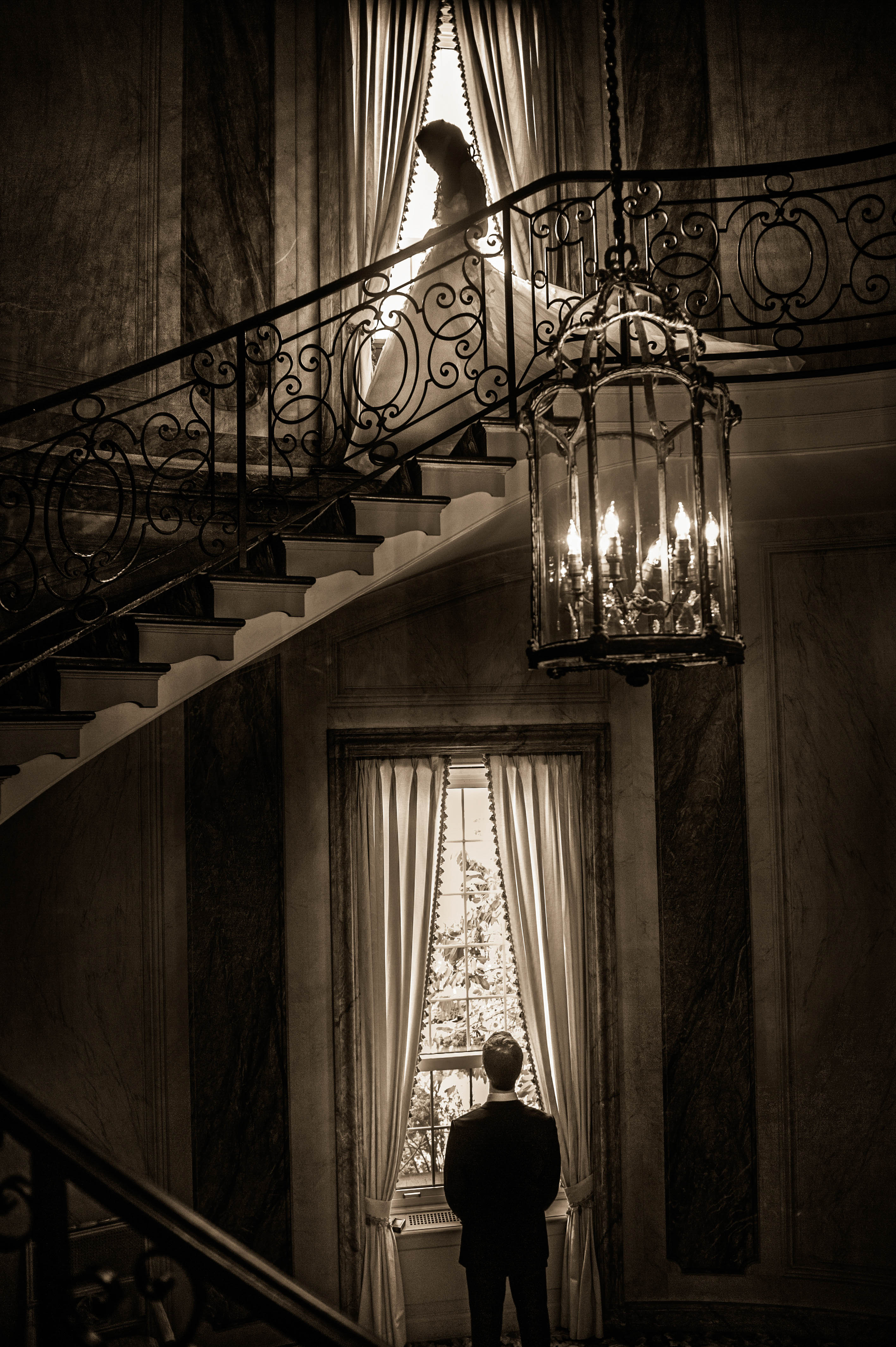 Moving to New York in 2008 refocused Stripling’s work, as she no longer had the Florida sun to contend with. Weddings were shot in dark ballrooms, not beaches. Enter speedlights, strobes, and building the light she wanted artificially. “I make it look believable,” she says. “I don’t want clients to be able to tell what light I’m using.

Regarding the way she blocks subjects in wedding shots, Stripling found herself relying on her theater experience. Composition and storytelling was the aspect of photography she struggled with the least. “Everything on a stage is there for a reason,” she says. “In theater arts, the stage is the frame. Everything in the frame is very deliberate. In photography, I was blocking out a photograph in the same way you’d block out a stage scene. Having a good eye is critical, but being able to translate it into how to tell a story, well, theater arts really helped. It was the best education I could’ve wished for at the time, but I didn’t know how it would translate later in a different medium.”

“The first thing I do regarding any image is make a decision about the light,” Stripling declares. “Ideally, I like to find good directional, natural light. A lot of wedding photographers like to run for the shade all the time. I run in the opposite direction because everything in the shade looks the same. Whether it’s noon, the golden hour, or sunrise, I like to find good, strong sunlight. If I can’t find that beautiful, dramatic directional light, I have to make a decision about which light to use to create what I’m envisioning. Will it be a speedlight, a strobe, a video light? Is it a combination of all of them? Light definitely comes first. Then, almost as important, is the background. Is it a room, city skyline, the beach, a wall? This is critical for the story you’re telling. After the light and background, I quickly have to decide which story I’m telling, and that informs which lens I’m going to grab to make it happen. The lens you chose will either help tell that story, or not. When deciding what lenses I buy, I decide what stories I want to tell, then I find the lens that will help achieve that. I don’t buy gear based on what someone tells me. For instance, I don’t like wide lenses, because that’s not a story I want to tell.” 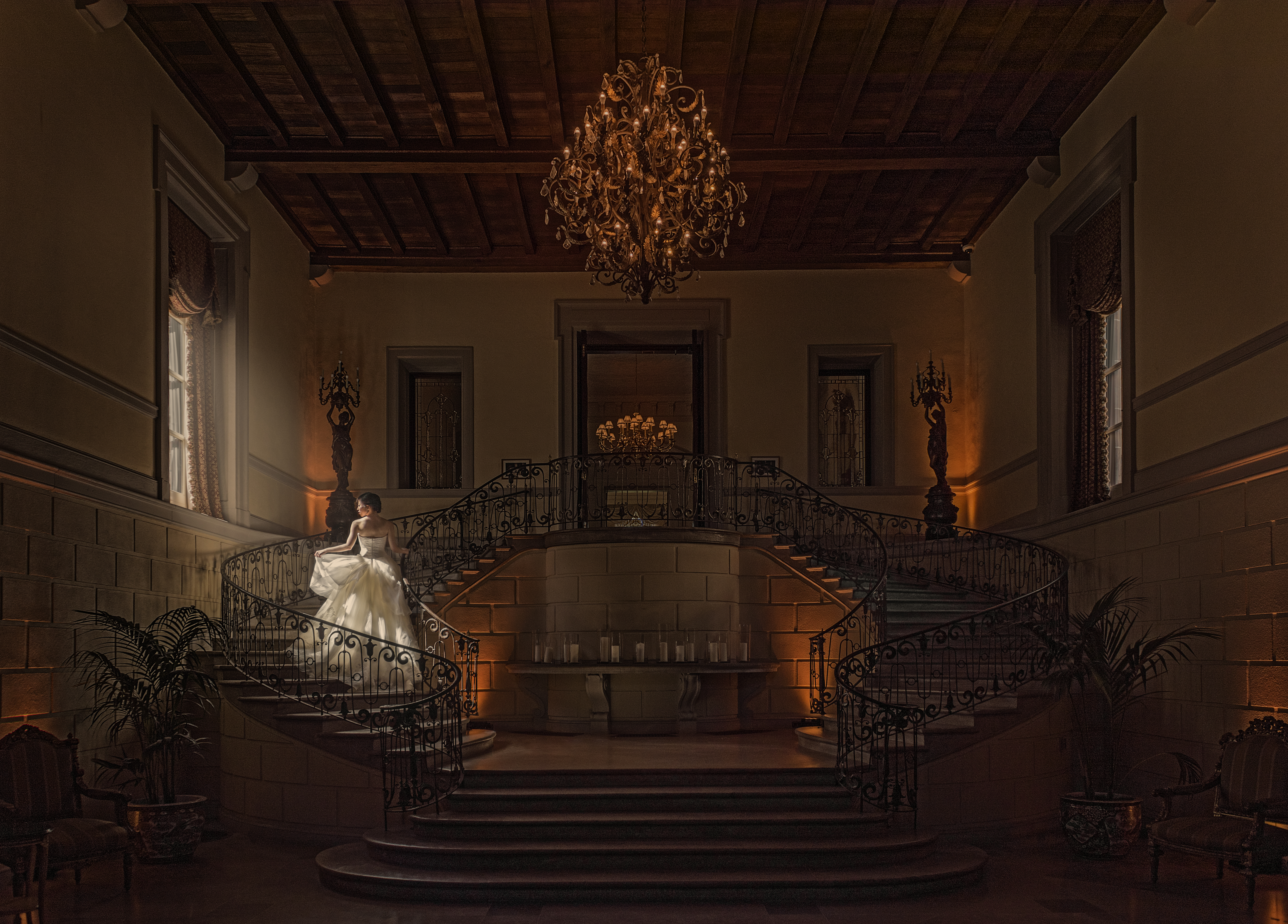 “I shot Canon, switched to Nikon, then back to Canon last year,” Stripling says. Shooting Canon 5D Mark 4 bodies as her primary camera, she relies on Canon lenses. “I’ve tried to pare my kit down to the bare minimum. I’ve bought lenses in the past, and ended up not using them much before I sell them.”

“I’m hooked on Tenba gear, particularly my rolling bag,” says Stripling. “In New York, I can’t leave things in my car, the way some shooters might be able to leave gear. No matter how much I pare things down, it’s still a lot of gear. In the past, I’ve bought big, heavy rolling bags that were heavy before I loaded my gear in them. Then I learned about the Tenba Roadie Roller 24. It’s the biggest Roller they have. It’s huge, but very light when empty. The wheels were really rugged. I said, ‘This is it!’ It’s the bag I have 90% of my wedding gear in. We just treat it terribly: Manhattan streets, over curbs, through snow, down cobblestones. I’ve had it for over a year and a half, and it’s fine. I’ve not treated it with kindness. It holds up so well. The gear stays in place. It’s exactly the right size, and for the amount of gear we have in it, it shouldn’t be that light and easy to move around, and yet it is. I’m a big fan. I also have the Roller 18, which I use if I have to travel, because I can put it under my feet. I also have a Tenba Shootout 16L DSLR that I use for engagement photo sessions. It’s fantastic.”

Shooting weddings, engagements, headshots, and portraits, Stripling’s love of storytelling and her theater experience still influence her favorite type of shooting. “A wedding is a classic three-act play: getting ready, ceremony, and reception. Everyone has to wear fancy things, which is maybe why I like them so much.” 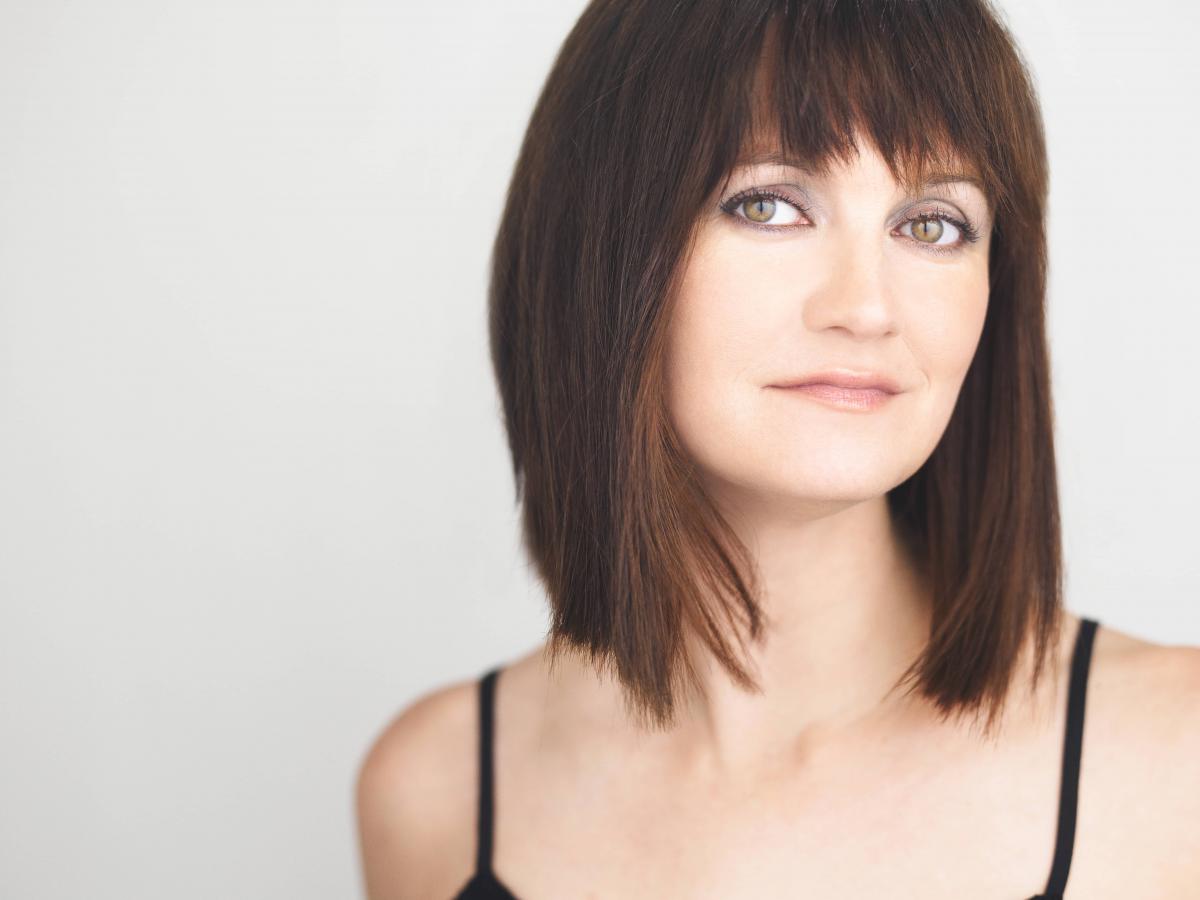